The highly regarded documentary film, Graffiti Verite’ 11: Don’t Believe da Noize! Voices from da Hip-Hop Underground, is an in-depth exploration of the process, thoughts, creative expressions and paths taken by some of the most prolific, innovative and outrageous  Urban Artists and thinkers of our time. Not limited by the constraints of “commercial” standards, these creators have traveled diverse paths to  articulation of their dynamic and impactful art form.

Bob Bryan’s documentary shows a different side of this urban art form with candid interviews and open discussions with the artists. He tells the story of one of the most creative yet most misunderstood artists in music, the “underground Hip-Hop emcee.” He traces the roots of Hip-Hop from the raw essence of the Bronx all the way to its current dilemma of “to bling or not to bling.” However, as this filmmaker shows in his latest masterpiece GV11, there are plenty of hungry emcees who want to keep the Rap Real.

The Best Shorts Competition, who awarded Bryan an Award of Excellence for his short documentary, spoke with the filmmaker to learn more. 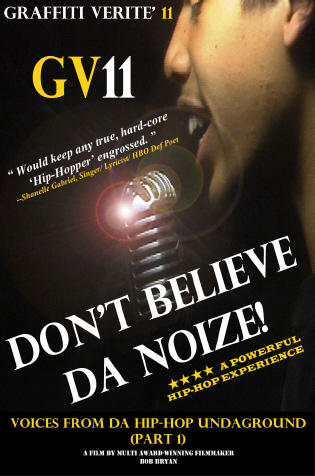 Q: What makes this film so exciting for Hip-Hop followers as well as those just learning?

A: Because Hip-Hop is popular culture and impacts our society in powerful contemporary ways. Hip-Hop speaks to who we are today and that doesn’t matter if you’re into Hop-Hop or not. Hip-Hop rules! I enjoy observing and questioning the multiple layers of creativity that is expressed in the various elements of Hip-Hop; be it Graffiti Art, Beat-Boxing, Rap, Spoken-Word, Turntablism, Break-dancing, Hip-Hop Dancing, etc. As I see it, Hip-Hop is a multiple intelligence template that allows folks with different talents to freely express themselves. It is my preoccupation with tribal communications that fascinates me.

Q: Tell us more about how the short evolved.

A: GV11 evolved from the idea that I wanted to explore and connect the historical and contemporary reality of Rap and other creative Hop-Hop influenced expression. I wanted to fit pieces together knowing that it is a complicated creative template that is being used by various artists with different moral, psychological, political, and self-expressive raison d’etre. Young people come together from individual places and throw their ideologies down ‘splash’ in your face and sit back, and watch how others react to it. It’s a challenge to try and depict how underground Hip-Hop distinguishes itself for different reasons in the public dialogue of ideas.

Q: Are the stories based on real-life people? 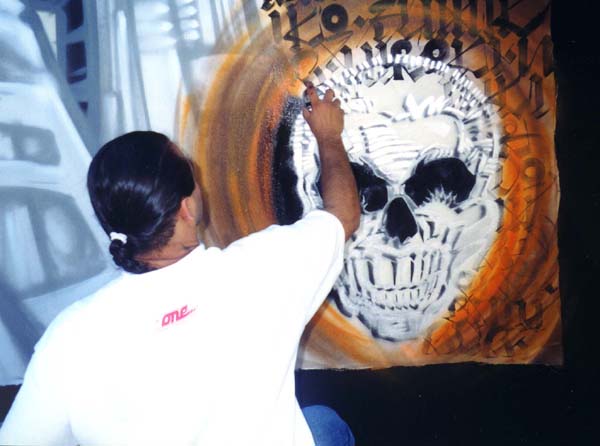 A: The (real) people in GV11 tell their interpretations of Hip-Hop and their lives in Hip-Hop from their personal perspectives, which coincidentally may vary in motivations from one other. The Hip-Hop point of view is not monolithic and some of these points of views are from educators, authors and scholars who use and integrate Hip-Hop in their educational work and theory behind their writings.

Q: Did you always want to be in the film industry?

A: Not always. Back in the day, I wanted to be a psychiatrist. I fell into an interest in filmmaking when it dawned on me, and I realized the potential that film has to explore deep personal issues in an ‘entertainment’ module.

Q: Did you have any unusual difficulties during filming?

A: Shooting GV11 was a flawless experience. Everything from the planning to the execution went according to plan, although once you get started in production ‘one’ has to be sensitive to incoming info that may alter the initial idea of what you wanted to say. By the time GV11 came around, I was used to the ebb and flow of life and its relativity to production issues. Of course, once you get into post-production, you must allow the ‘production’ to morph into something else again.

I’ve discovered that although you think you have an idea that your story is all about at the jump, life has a way (if you’re listening) of getting you up to speed in a totally different perspective and understanding than you had when you started out. Documentary filmmaking is totally unpredictable, just like the people who inhabit the frame of my documentary.

Q: Advice to other new filmmakers?

A: Plan your work and work your plan. Committing to your project is like life or death; do not allow anything or anybody to get in the way of completing the project. Tenacity and follow through are necessary qualities. Life will conspire to throw up roadblocks to prevent you from completing your project. Those challenges will be tailor-made for you. So, the idea is that ‘you’ can prevent ‘you’ from completing the mission. This is war and often the collateral damage will be the residual fallout in your personal life, love and strategic production issues. My advice is to press on regardless of circumstances. This project transcends the subject matter and speaks more to who you are than anything else. Never give yourself any excuses for not finishing. Take no prisoners and don’t allow anyone in your world who does not understand who you are and how valuable this project is. Cast out the non-believers!

Q: Will winning awards from Best Shorts help promote the film? How so? 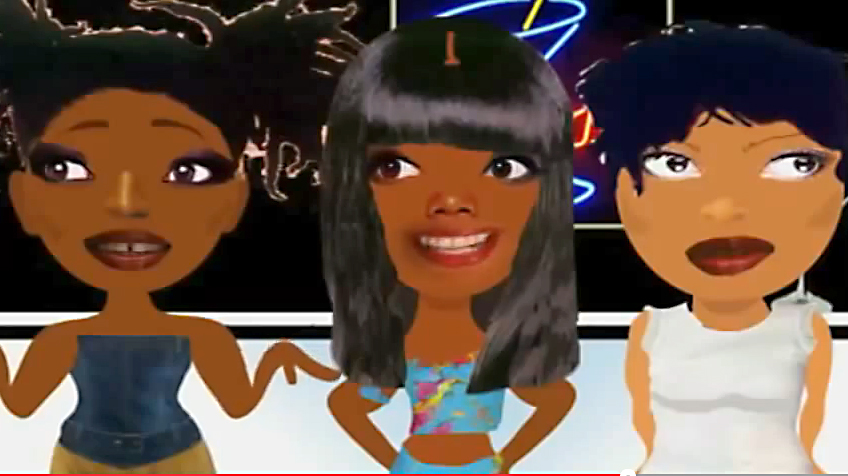 A: Winning an award from Best Shorts is an acknowledgment that your peers respect what you are doing, and that means a lot on a personal level. ‘Winning’ as a philosophy, it drives me to push myself further and further into seeing how far I can take this life journey, and see how many people I can touch.

‘Turning on lights’ is what I aim to do with my work. Good positive publicity is always good. My distributors love the fact that I seem to be ‘winning.’ It’s a win-win for everybody. It distinguishes you from everybody else and appearances are what this game is partially about.

Q: How long did it take to make Graffiti Verité?

A: Not long, everything fell into place quite quickly, over a couple of months.

Q: How much money did it cost? 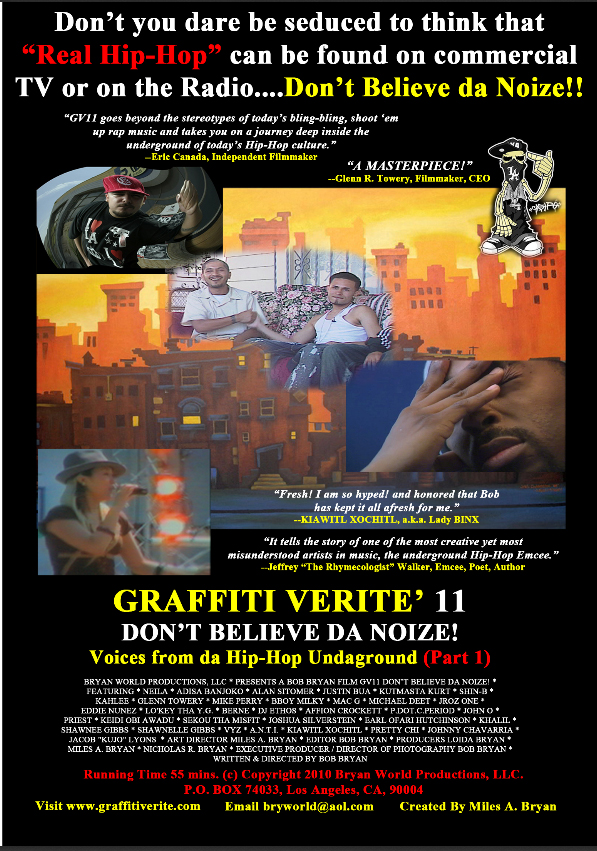 A: Not as much as people might think. Since I was the executive producer, director, writer, cameraman, sound man, editor, transportation captain, publicist and gopher and I work cheap, everything was cool. It’s important to note that I own all my own production and post-production facility, so I didn’t have to put out for that. When I say go, I have all the resources to make things happen.

Q: What audience is the short suited for?

A: GV11’s audience is really big because it’s crafted to appeal to a wide audience.

But the audience I envision must be smart and open to new and unique ideas. GV11 breaks down the stereotypes that exists between what Hip-Hop is and isn’t. GV11 illustrates the difference between ‘commercial Hip-Hop’ and ‘underground Hip-Hop’.

Q: Any bites yet from distributors?

A: Oh yeah, GV11 has already found a home on NetFlix and all the other distributors that I have, i.e.: Baker & Taylor, Barnes & Noble, Amazon.com, Follet BWI etc.

Q: Is there a second part or next part already in the works so to speak?

A: Yes, GV11 Part 2 has already been shot and is simply awaiting my editing touch. I’ve been busy marketing GV11.

Q: Why did you make this a short vs. a feature-length film? 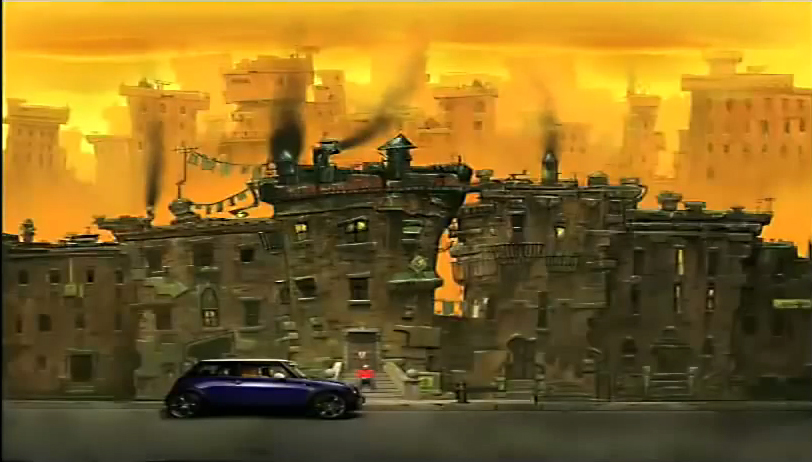 A: I don’t consider what I’m doing ‘Shorts,’ at least in my head. My films in the GV series all vary in length. Doing feature film length projects will happen when there is a need for them. Right now, my documentaries seem to spool out at the length they end up being. They are fully fleshed out projects with a beginning, middle and end.

Q: Are you working on any new projects?

A: I have a couple of ideas percolating around in the back of my head, but right now, I refuse to look them directly in the eyes for fear of being consumed by them. With me, once I commit to an idea, I become so consumed by it that nothing else has any importance to me. So, at this time I am grinding the marketing phase for GV11 and I’m only thinking about that right now. I think in April I will begin to look at ideas for a brand new documentary.

Q: What was the best part of making this film?

A: For me the best part is the editing. It’s when I really discover what I was trying to say but didn’t know when I was shooting it. I love listening to my inner voice and making choices based on what that voice is communicating to me.

Q: The most difficult?

A: Nothing is difficult. Every part of filmmaking is a joy. I love the journey. Difficulty is so personal and subjective. This is my chosen work, being an ‘Indie filmmaker,’ and I choose to love what I do. I’m blessed being able to make a living at it.

Q: What might viewers be surprised to learn about the making of the film?

A: That love is the guiding principle in everything, and every choice I make. I love all the inhabitants and I love the complexity, and the variety of ideas expressed. Love is what I project onto every frame that ultimately makes it to the screen.

For more information about this filmmaker, to go: LINK