Stuart Rideout – I Wish for You 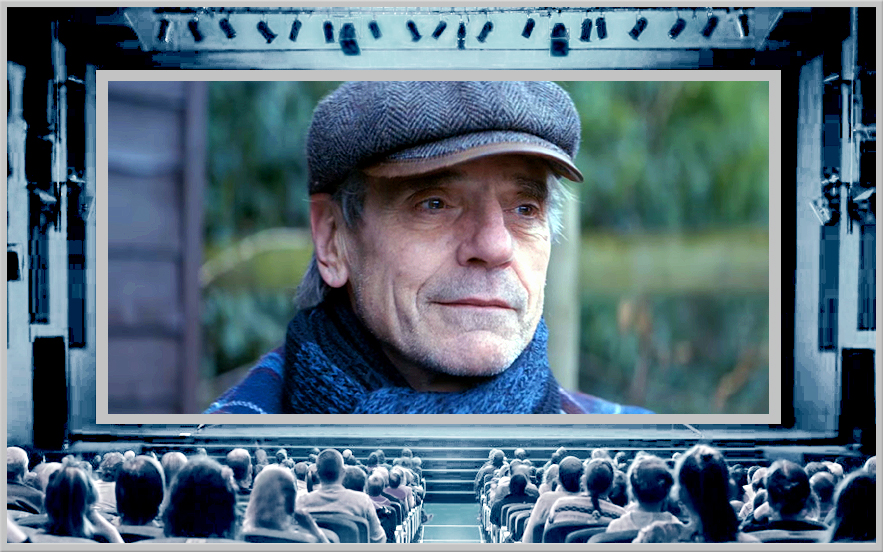 Stuart Rideout (United Kingdom), I Wish for You, Nature / Environment – I Wish for You is an emotionally powerful film about a grandfather’s poignant last letter to his granddaughter. Oscar-winner Jeremy Irons masterfully brings to life a brilliant script by acclaimed “War Horse” author Michael Morpurgo. BAFTA-nominee Maxine Peak’s nuanced performance interprets his profound words and emotive memories as he extols the virtues of looking after the planet and his love and hope for the world around us that transcends time. A resonant and soaring soundtrack from Oscar winning composer Rachel Portman helps the viewer connect on a deeply personal level. Deft direction from Rideout, with his signature combination of truthful performances blended with cinematic landscapes – taps into something elemental and brings to life a film with an environmental message that powerfully reminds us of what we are at stake of losing. Part of The Climate Coalition’s #ShowTheLove campaign – it is a climate film that is not heavy-handed but rather emotive and inspiring. A tour-de-force in the world of environmental movies. Ridley Scott Associates production company.

Oliver Goetzl (Germany), Mt. Suswa-Life in a Volcano, Documentary Short – Goetzl brings his exceptional wildlife filmmaking talents to Mt Suswa in Kenya – the only place in the world where baboons roost in caves. A rare and mysterious place – showcasing an abundance of wildlife and previously unseen behaviors. A well-crafted script, exceptional footage, entertaining narration and beautiful cinematography. Aired NDR.

Rayka Zehtabchi (USA), Ours to Tell, Liberation/Social Justice – Oscar-winning director Zehtabchi’s poignant film about reproductive justice and body autonomy. Featuring four honest, heart-stirring stories of women in underserved communities – and the power that comes from controlling their own bodies and futures. Narrated by Natasha Rothwell (Insecure). Producing partners Planned Parenthood and We Testify.

April Phillips (New Zealand), The Last Man on Earth, Disability Issues – The aftermath of a global epidemic that virtually wipes out mankind – caused by a vaccine designed to eradicate birth defects. Phillips’ exceptional take on prejudice and moral issues of our times – a thriller about the worth of people with disabilities and lesson about character. Authentic performances by Greer Phillips, Shane Bartle and Duncan Armstrong.

Beau Janzen (USA), Bugbottle, Educational / Instructional – Emmy-winner Janzen (Gotham / Life of Pi / Game of Thrones) brings an artist’s sensibility of storytelling and connecting with an audience to a mind-bending educational concept transcending our traditional structures of three-dimensional space. Bugbottle challenges the viewer to new ways of thinking with gorgeous animation and a well presented narrative.

Klaus Scherer, ARD/NDR-TV (Germany), The Untold Story Of Otto Warmbier: What Happened In North Korea?, Doc Feature – Scherer’s skillful doc reveals the truth of the shocking story of Warmbier – held in North Korea and ultimately died of his injuries sustained there. He uncovers the prolific lies of the US and North Korean administrations, their appalling friendship and the tragic consequences that follow.

Bob van de Gronde (Netherlands), Rooted in Shadow, Film Short – Based on a true story, a soulful coming of age film about a kid (Jessey Voorn) trying to follow in the footsteps of his boxing legend father (Ramon Voorn). Ultimately, he decides to use his boxing skills to create his own destiny. Thoughtful direction from a talented van de Gronde, beautiful cinematography and moving soundtrack. Supported by New Balance.

Paul-Louis Aeberhardt (France), Dinosaurs: The True Story, Animation (Student) – The highly creative team of BAD JOKES ANIMATION delivers the “true story” of what happened with the dinosaurs. Imagine a world where dinosaurs have survived, where they have evolved, even to the point of being ready to face their biggest enemy: the asteroid. A colorful, imaginative and clever animation from a talented group of filmmakers.

Vanita Omung Kumar (India), Ave Maria, Film Short – Director Kumar’s (Mary Kom) story confronting child sexual abuse and the devastating consequences. 8-year old Maria is unwilling to verbally communicate and is isolated and withdrawn. Her parents cope in their own fragile ways. Only when she adopts a puppet does she find a way to share her voice. Shivika Rishi (Bharat), Annup Sonii (Chintu), Lin Laishram (Rangoon).

Hsun-Chun Chuang (Taiwan), Mazu Pilgrimage, Animation (Student) – A beautifully animated and touching piece used to promote the annual pilgrimage to worship the patron goddess of seafarers, Mazu. One of the most well-known deities in Taiwan and China – every year, more than 400,000 followers join this 9-days pilgrimage. Creative and expressive with a stirring message.