Kyra Sedgwick and Kevin Bacon –
Until 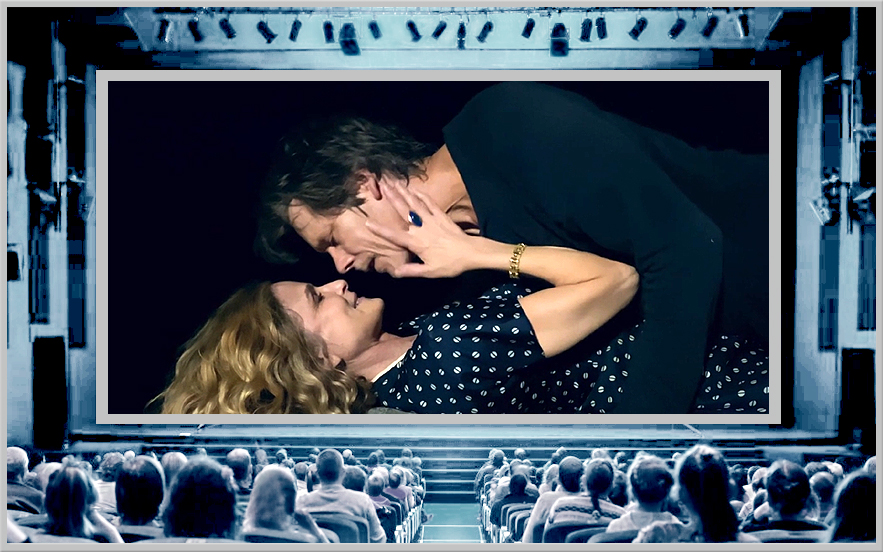 Kyra Sedgwick and Kevin Bacon (USA), Until, Film Short – Golden Globe winners Sedgwick and Bacon deliver a pitch perfect homage to our times – a short film about a couple who learn to live with loss. It is at once unpretentious and complicated, intriguing, surprising, emotional and profoundly touching – without preaching or being overtly melodramatic. These exceptionally talented actors deliver achingly authentic and potent performances without a word being spoken. As the short’s producers, directors and actors, the filmmakers created this piece to honor the memory of the lives lost to covid-19 and dedicated it to their loved ones left behind. Along with editing from the talented Sabine Hoffman and a compelling soundtrack by Travis Bacon – Sedgwick and Bacon use their considerable on-screen talents to support their ongoing compassionate advocacy to causes that bring about positive change.  www.sixdegrees.org/

Kami Sadraei (USA), The Sleepless, Film Short – Oscar-nominee Eric Roberts stars with Kami Sadraei in this short about an ordinary psychotherapy session that takes a shocking turn. A tormented man consults a psychiatrist to come to terms with his past and ends up finding resolution in an unconventional way.  Authentic performances and tight direction. Cinematography by Adam Goral with editor Nicholas Wenger.

Brett A. Hart (USA), Coffee With Exes, Film Short – Emmy winning director Hart delivers a relevant and delightful romp through a woman’s search for meaning accompanied by endless cups of coffee with exes. From “Here’s Your S*%!@ Back coffee” to the “Wanna Hook Up for Old Time’s Sake coffee” – she ultimately discovers the real relationship she is looking for. Stars Jessica Bishop, Ryan Shrime, Coley Speaks, Jean Diaz.

Tisca Chopra (India), Rubaru, Film Short – An aging actress realizes the opportunities she missed to create genuine art but now how far will she go to regain her confidence and be relevant? An honest, searing portrait of an actor and near tragic consequences. FilmFare winner Chopra is outstanding as an actress facing her deteriorating mental health. A convincing performance by supporting actor International Emmy-nominee Arjun Mathur.

Daniel McMellen (USA), The Garage, Film Short – A summer job changes everything for a young man in Indiana. Coming of age set against the backdrop of summer heat, father-figures, dangerously insane co-workers and a homicidal Hotpoint. Stars: Jay Lay (How I Met Your Mother), Jack Coghlan (Jamall & Gerald), Harry Marsh. With a solidly supportive score from Grammy-winner Oskar Cartaya.

Austin Everett (USA), The Baker, Film Short – A charming assassin baker, who literally kills with cupcakes, gets into a sticky situation when the man she falls for ends up being her next mark. Quirky and delightful with inviting direction, tight editing and engaging performances. Stars Aubrey Reynolds (16 Stones), Adam Tsekhman (DC’s Legends of Tomorrow), Nicola Posener (The Bold and the Beautiful).

Rodrigo Thome (Brazil), The Ocean Voice, Nature / Environment – A love letter from the Ocean to all of humanity. It delivers a nostalgic look at our relationship with the sea – as well as providing a cautionary tale urging us to reconnect with the ocean – the source life for our planet. Gorgeous cinematography, lush soundtrack and an emotionally beautiful script deliver a mesmerizing short with an important message.

Paula McFetridge (United Kingdom), Gone, Film Short –  A very realistic depiction of two days in the life of a woman with dementia and her son the carer. When she doesn’t remember, it’s hurtful and things change in the blink of an eye. It’s just his turn to love her more now. Insightful script both heart wrenching and heart opening. Outstanding and painfully real performances from Carol Moore and Darren Franklin. With Future Screens NI.

Fang Qiannan, Pan Yingying, Zhang Jingxiong, Guo Zifeng, Shan Haozhe (China), The Thorn Bird, Animation – According to Legend, there is a bird that sings only once in his/her life. Their life is spent searching for a thorn tree to complete the great song. A beautiful allegory of a person’s quest for meaning and finding their true voice. Uniquely crafted and beautiful visuals, a simple yet deeply rich animation style, excellent sound design.

Ukweli Roach (United Kingdom), Rosetta, Experimental – Rosetta explores the issues of Perspective, and how that affects Interpretation. A imaginative dance dealing with opposites; Greed vs Sacrifice; Selfishness vs Altruism; Hate vs Love. A film with many layers of meaning and the transformative nature of love. Creative filming from Colin Emerson deftly and artistically edited and carried by an electro-soul track from Kyan. From BirdGang.