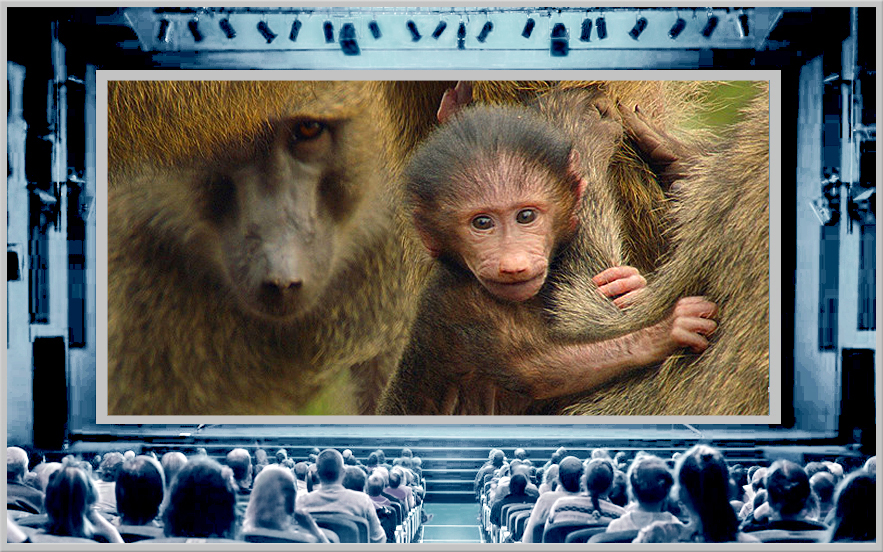 Oliver Goetzl (Germany), Baboons – A Really Wild Family, Nature / Wildlife – Goetzl brings his signature mix of extraordinary wildlife filming combined with clever entertaining scripting and exceptional story-telling to highlight a family of wild baboons in Africa. Wildlife filming is among the most challenging often taking days or even weeks to get a specific shot. Goetzl and his team are at the top of the field. They manage to capture cinematic quality images and weave them together into a story that is utterly entertaining, informative and moving. Artistic cinematography, extraordinary images, fascinating storylines and superb sound design create a doc that feels more like a scripted movie. A horde of olive baboons in Africa’s Great Rift Valley – we get to know the individual characters and their special traits: the grandfather, the tough rioter, the cool macho, the helicopter mother, the devious villain and of course lots of young animals. As you can see, monkeys are only small people with fur – and in the end they are just “a terribly nice family”. A feat of wildlife and documentary filmmaking.

Côme Ferré (France), Booksmart, Film Short – Since he wants to know everything an 8 year old boy spends all of his time reading. But there are things books can’t explain. An exceptionally crafted, entertaining and heart-warming story – director Ferré elicits a genuine performance from his young star and marries that with creative story-telling, some profound truths about humanity, beautiful cinematography, engaging special effects and complimentary sound design. musical score. Poetry in every-day reality. Stars: Liam Biermans.

Gordy De St. Jeor (USA), The Thrill, Film Short – Talented young actor turned director De St. Jeor’s film about a young guitarist about to play the biggest show of his life. Things don’t quite go as expected and his performance is driven by a depth of emotion he didn’t know he had. A compelling story about art, passion and life with authentic performances. Stars: Aidan Browne, Sofia Masson.

Douglas Silverstein (Canada), The Relentless One, Doc Short – Emmy-winning Silverstein’s poignant portrait of entrepreneur Kathleen Black who survived a horrific childhood – as a witness to parental domestic violence and overcoming her own physical and emotional abuse – including being sent to a psychiatric ward and being homeless at 15. Beautifully crafted with superb reenactments and touching interviews.

Dmitriy Shcherbakov (Ukraine), John, Film Short – After decades of inconclusive investigation of his missing mother, John decides to close the case. That night he receives a call from his partner who has seen her. Compelling and surprising story-telling with excellent special effects, beautiful production design and technical craft. Stars: Pavel Zaharchuk with Edgar Ryzhkov and Anastasia Sydorenko.

Sean William Economou (USA), UKWATI // The Wedding, Commercial / Infomercial – Child Marriage and Human Trafficking is a crime that goes on across the globe. This excellent short film beautifully spotlights this tragedy and one group, Watts of Love, who is working to make a difference. Exceptional way to tell the organizations’ story with lush cinematography, outstanding technical craft and emotional connection.

Lin Song (USA), Untitled, Experimental – Each frame of this short film is designed with a unique eye and striking visuals that elicit emotions. A compelling experimental short that leaves open to interpretation as the film takes the viewer on a voyage of life, love, struggle and the meaning of heart. Well-crafted with beautiful imagery and tight editing. From Subliminal Media.