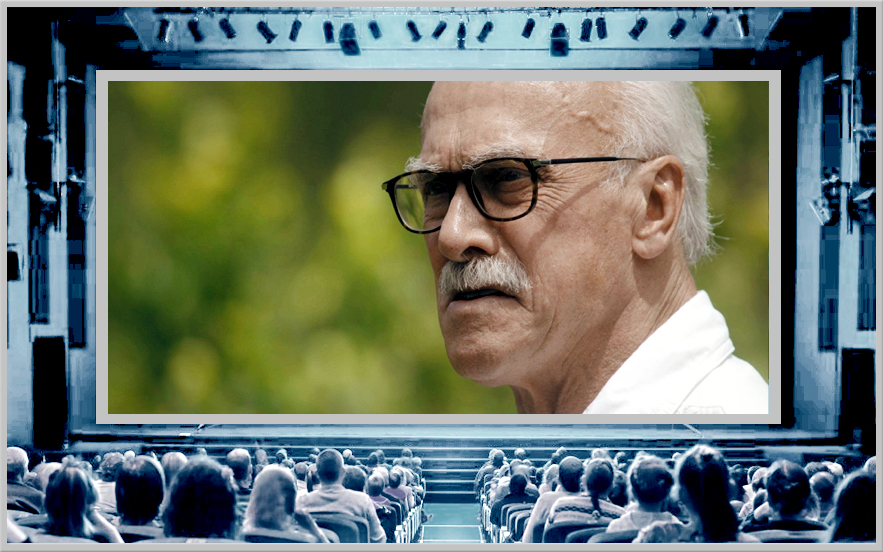 Jon Fish (USA), The Return, Doc Short – Emmy-winner Fish delivers an engaging and emotionally powerful doc which chronicles the journey of Rocky Bleier, war veteran and NFL football star. Half a century ago he left Vietnam, but Vietnam never really left Rocky Bleier. Beier’s illustrious football career included captain of the University of Notre Dame where they won a national championship and a long career with the NFL Pittsburgh Steelers. But the real story of this doc is Bleier’s return to Viet Nam – a war he was drafted into in 1969 after joining the Steelers. Only three months into his tour he was wounded in combat in a horrific attack that resulted in his being shot through the thigh and suffering a grenade blast where shrapnel severely damaged his right foot. That day alone – 25 of the 33 soldiers in his unit were injured and four were killed. Though he was told that he would never play football again – he persevered and went on to four Super Bowls with the Steelers. Unlike the average veteran who returned after service and had to repress those feelings, being in the spotlight forced him to talk about the experience. But what he didn’t realize was that he never really came to closure until his emotional return to the exact field in Viet Nam – almost 50 years later. Stars Sports Emmy nominee Tom Rinaldi, Terry Bradshaw, Franco Harris. An all-star production crew including editor 23-time Sports Emmy winner Matt McCormick, and excellent sound design from Sports Emmy-winner John Iaquinta.  Aired ESPN

Mo Caicedo (USA), Doodle, Animation –  Award-winning 3D animator and director Caicedo brings us the tale of a lonely pencil that comes alive, following its own line, discovering itself in the process and leaning the power of team work. Exceptional meticulous animation and lighting, excellent sound design and delightful score.

Ben Galland (USA), Parts & Labor, Television – Pilot Program – Decades sober Greg must come to terms with the resentful son he abandoned when Tim is released from prison. Father and son are must forgive one another or die trying. Gritty and raw with authentic performances. Michael Bowen (Breaking Bad), Ryan Dorsey (Ray Donovan).

Shelley Ayres and Mark Foerster (Canada), L A N D E R: From Avro to Apollo, Doc Short – Beautifully shot and tightly edited about engineer Owen Maynard and the future changing moon landing. Set amid the mood of the 60’s and the emotional turns of the Apollo program – Ayres and Foerster’s deft direction captures the message of limitless possibilities relevant today.

Vincent René-Lortie, in collaboration with Kyra Jean Green, choreographer/director of Trip The Light Fantastic (Canada), The Man Who Traveled Nowhere in Time, Experimental-  Eytan exists in the unconscious minds of others, through him we question what is “real” and how we each perceive time. Creative and provocative choreography, lighting and scenic design.

Lester Brown (United Kingdom), Lone Horizon, Film Short – VFX master and director Brown’s tragic story of a troubled father-to-be’s fateful journey to Mexico days before his baby is born – only to find himself lost at sea, haunted by endless water and visions of what he’s left behind. Producer Emmy-winner Morgan Schmidt-Feng. Stars Ben Tiramani (The Guest).

Jonathan Lawrence and Tommy Mack (USA), Nice Shoes, Music Video – A whacky and entertaining sci-fi extravaganza that is as pointless as the lyrics. Over 40 classic movie references are featured in this music video with toe-tapping beats and nostalgic homages to classic films.  Imaginative, creative and amusing.

Matthew Maio Mackay (Australia), The Laundry Game, Young Filmmaker – 17 and younger – Delivered by a young emerging filmmaker – this short takes on the mature content of a Steven King story. Follows old friends with a dark secret – the shadows of their past are slowly revealed.  Marc Clement, Brendan Cooney. Brad McNamara, James McCluskey-Garcia.